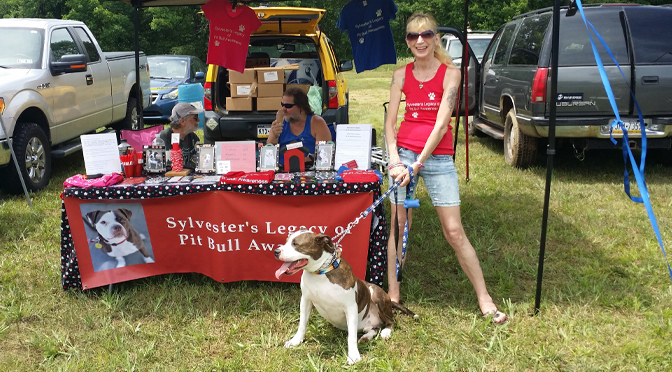 It was a celebration.  There was a good crowd and groups/vendors such as Animals in Distress,  Slyvester’s Legacy of Pitbull Awareness, and East Central PA Two Cylinder Club.  They had various bands playing.  The drive to the event was peaceful and pleasant as you drive through the winding roads.  One guest in particular made his first ever appearance at an event.  Ann Fisher, Slyvester’s Legacy of Pitbull Awareness brought Sarge along. Sarge was rescued by Ann and he was greeting people. (Sarge was featured in a story where he was found abandoned on a road.) The event was fun and vendors were talking with people as the band played various cover songs.  The volunteer firefighters were directing traffic and helping people with parking.  They had some stuff set up for the children and an ice cream truck.
It was a beautiful day and to see people happy and gathered together for a good cause.  They showed the importance of community.