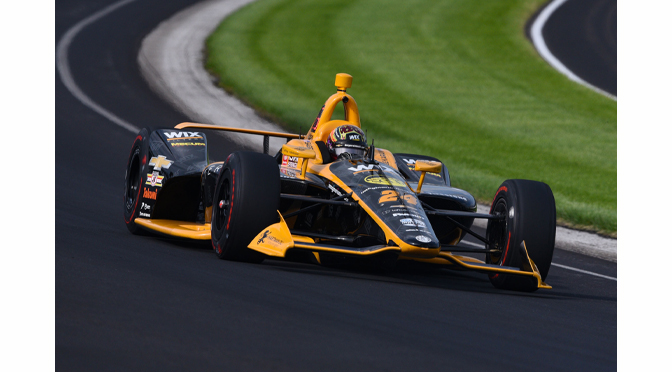 INDY 500 DRIVER RACING FOR A CAUSE AT STEELSTACKS!

Bethlehem, PA—From one of the most well-known speedways in the world, to the coolest racetrack in the Lehigh Valley, Indianapolis 500 driver Sage Karam is in the midst of a busy few weeks. The Nazareth native raced in the Indy 500 Memorial Day Weekend, and on June 15 he’ll jump in a high-speed go-kart during the SteelStacks Grand Prix to help raise awareness of the impactful work being done by the Pediatric Cancer Foundation of the Lehigh Valley (PCFLV).

As part of the SteelStacks Grand Prix, Karam, who finished in the Top 20 at the 2019 Indy 500, will coach and lead a team of drivers comprised of fathers whose children have been impacted by cancer. In addition, ArtsQuest will make a donation to PCFLV for each person who signs up to drive in one of the Grand Prix’s public racing sessions. Coupled with this, three longtime ArtsQuest supporters – Barry Bartakovits, Jim “The Judge” Stocklas and Anna Anthanasiou – will match the ArtsQuest donation, doubling the impact for families battling pediatric cancer.

Members of the public who want to help to raise funds for PCFLV can do so by signing up for the open racing sessions at www.steelstacks.org/grandprix. Open sessions are June 14, 7-10 p.m., and June 16, 10:30 a.m.-8 p.m. Cost is $25 per person and includes a safety briefing, helmet and eight minutes of track time.

Over the past two years, the Grand Prix has raised almost $10,000 for the Pediatric Cancer Foundation of the Lehigh Valley, the official nonprofit partner of the Grand Prix. Established in 2003, the Bethlehem-based nonprofit offers free programs and services to local pediatric cancer patients and their families. These programs include a week-long summer day camp, college scholarships, art therapy sessions, tickets to local sporting and entertainment events, events for moms and dads, teen nights, and much more. To learn more about PCFLV, please go to pcflv.org.

“We are so excited to once again be partnering with ArtsQuest and the SteelStacks Grand Prix,” says PCFLV Executive Director Michelle Zenie.  “The funds raised at this event have an immediate and much-needed impact on local kids battling cancer.  As our numbers continue to increase, so does our need for support.  Benefiting from this event each year allows us to continue to provide free programs to our families.”

In addition to racing, Karam will take part in a fan meet and greet, with racing fans invited to come out and meet him between 11 and noon on June 15. During the session, Karam will pose for photos and sign autographs. Other drivers tentatively confirmed to take part in the Grand Prix event on June 15 include IndyCar’s Marco Andretti, IMSA’s Corey Lewis, former World of Outlaws and IndyCar Series driver P.J. Chesson and sprint car star Kyle Lick.

“I am really looking forward to joining forces with ArtsQuest and Lehigh Valley Grand Prix and making a difference by supporting PCFLV,” says Karam. “Getting an opportunity to team up with the fathers of children affected by pediatric cancer means the world to me. Like the Indy 500, the cure to cancer requires long-term focus.”

Launched in 2017, the SteelStacks Grand Prix is a partnership between the nonprofit ArtsQuest and Lehigh Valley Grand Prix.  The event, which takes place Father’s Day Weekend (June 14-16), features public go-kart racing on the custom-built, half-mile track on Friday night and Sunday afternoon, with a corporate racing challenge on Saturday starting at 9:30 a.m. This year, more than 30 teams are already confirmed for the corporate challenge, which last year was won by Belfor Property Restoration. In addition to supporting PCFLV, over the past two years the Grand Prix has raised more than $30,000 to support ArtsQuest’s free music and arts education programming for the region.

Local businesses and corporations that want to get in on all the racing action at the Corporate Challenge can do so by contacting ArtsQuest Sr. Director of Business Development Nicole Dotta at ndotta@artsquest.org or 610-332-1334. All businesses that sponsor a car are able to enter their own five-person team in the event, as well as enjoy a variety of other great benefits.

For more information on the SteelStacks Grand Prix, visit www.steelstacks.org/grandprix.