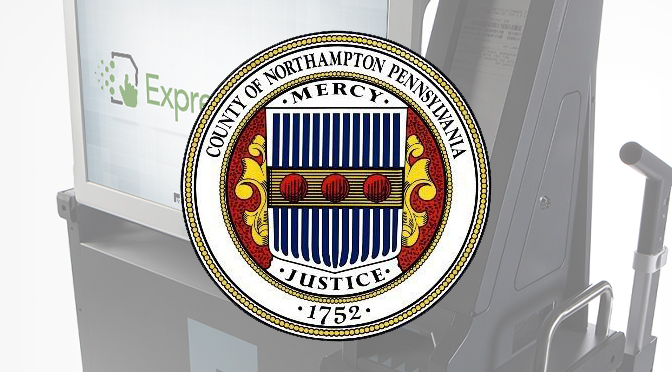 The following is a statement from Amy Hess, the Acting Registrar for the Election’s Office of Northampton County.

Voters in Northampton County reported irregularities while voting on the ES&S ExpressVote XL machines during the election held on November 5, 2019. Multiple employees from the Elections Office and ES&S worked throughout the day to address reported issues.

During the initial reading of the results, it became apparent that there was a problem with the tabulation in some of the precincts. After receiving information from Northampton County, the Pennsylvania Department of State instructed the County to use the paper ballots, not the machine count, to tabulate results. ES&S has assured the County and the Pennsylvania Department of State that it is assessing and diagnosing what caused the issues with the machines.

While it is unfortunate that Northampton County experienced these problems during the November 5th election, we anticipate being able to complete the count using the machine generated paper ballots and we are grateful to the Department of State for requiring all Pennsylvania voting machines to produce a paper trail.

The paper ballots are being counted and election results will be released to the public when they are available.

This is the first election the County has used the ES&S ExpressVote XL voting machines which were purchased in March 2019.