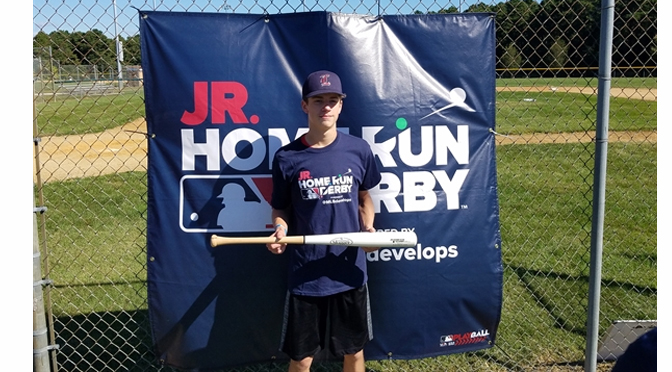 Photo of Noah Gyauch-Quirk from allentownpa.gov

Fourteen-year-old Noah Gyauch-Quirk of Bethlehem will compete against seven other regional champions at Game Four of the 2021 World Series.

Noah won the local competition in the 14-and-under division on Saturday, June 26 at the William Allen High School Softball Field and added the regional crown on Sunday, September 26 at Lindenwold Park in Lindenwold, NJ.

Regional champions in each age group receive a trip for two (participant and legal parent/guardian) to the World Series™ for the Jr. Home Run Derby Finals.

You can watch a video of the announcement of the finalists at MLB | Junior Home Run Derby | MLB.com.