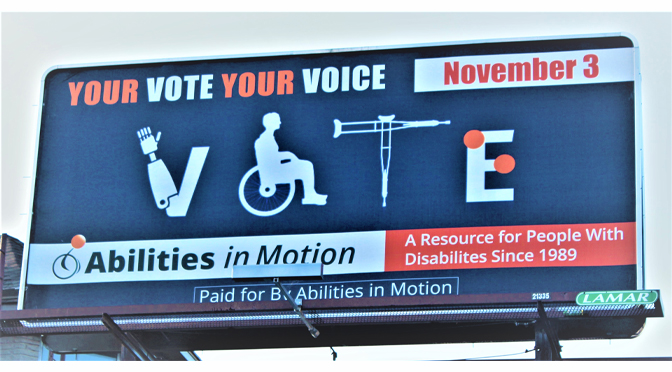 Reading, PA— Abilities in Motion (AIM) is mobilizing its force of disability advocates to encourage voter registration and participation among people with disabilities ahead of the November general election.

Throughout the month of October, AIM will feature voting-focused social media content, billboards, and video PSAs aligned with the theme “Your Vote Your Voice on November 3rd.”

“We want to make sure all voters understand their voting rights, clarify any concerns they have about mailing their ballots, and help ensure that all polling places are physically accessible to all,” said Executive Director Stephanie Quigley.

“Historically, people with disabilities have faced physical barriers when going to the polls to vote,” said Quigley. “Options such as mail-in ballots allow them to exercise their vote just like anyone else.”

Despite the potential for greater voting access through early and mail-in voting, the threat of voter suppression looms large over the 2020 general election.

“As disability advocates, we see the current climate of challenging the validity of mail-in ballots and slowing down mail processing as deliberate attempts to hinder voting by adding additional physical and psychological barriers,” said Quigley.

Examples of voter suppression include local polling sites being closed or moved, purging of registered voters from voting rolls if they have not voted in recent elections, gerrymandering of districts, microaggressions, and the controversial changes to mail processing and delivery through the United States Postal Service.

In light of potential threats to our communities due to social unrest, Abilities in Motion formed a Human Rights Team whose first call to action is preparing to respond to challenges our consumers and the community may face post-election.

“In 2018 we saw a significant increase in the amount of people with disabilities who turned out to vote,” said Quigley. “If we use those midterm elections as an indicator, then we can expect an even greater disability vote in the 2020 general election.”

Visit pa-votes.org/AIM to check voter registration status, apply for a mail-in ballot, and get important election reminders. October 19 is the deadline to register to vote in the general election.

Mail-in and absentee ballots must be requested by October 27 and returned to the county election office by 8 p.m. on November 3 or postmarked by November 3. Remember to place the completed ballot inside the secrecy envelope before placing it in the return envelope. Polls are open 7 a.m. to 8 p.m. on November 3, 2020. 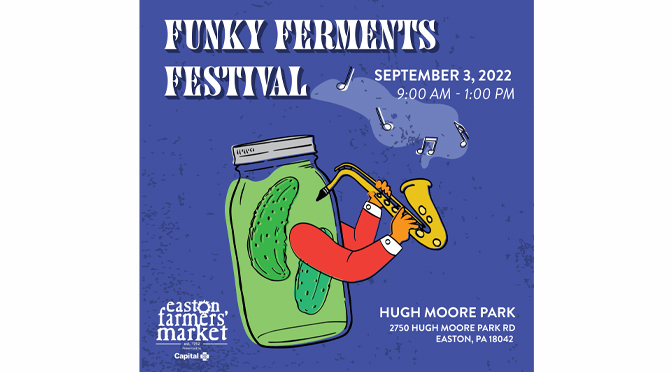 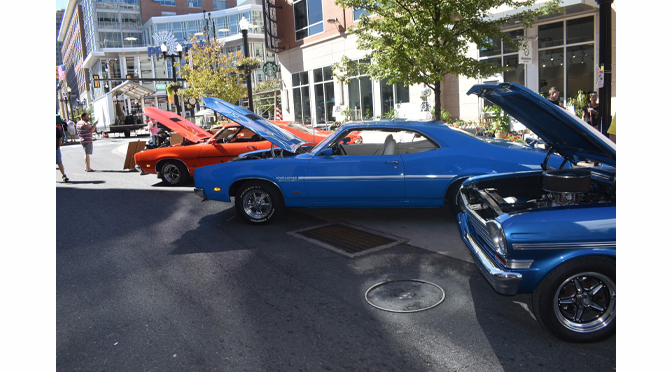 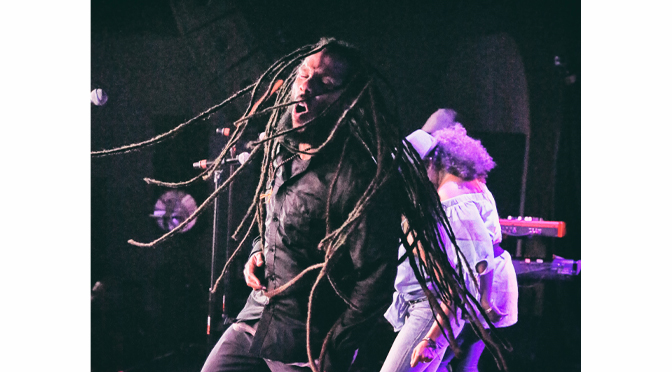 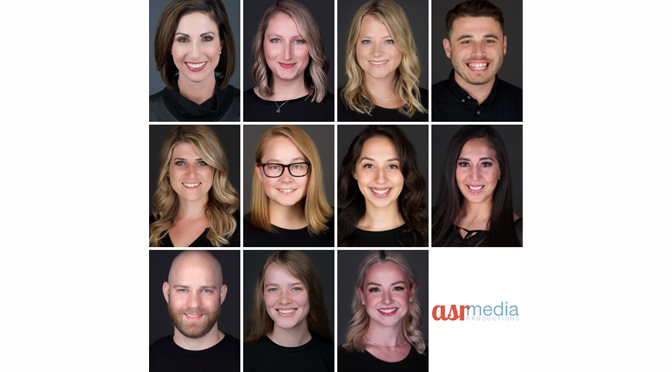 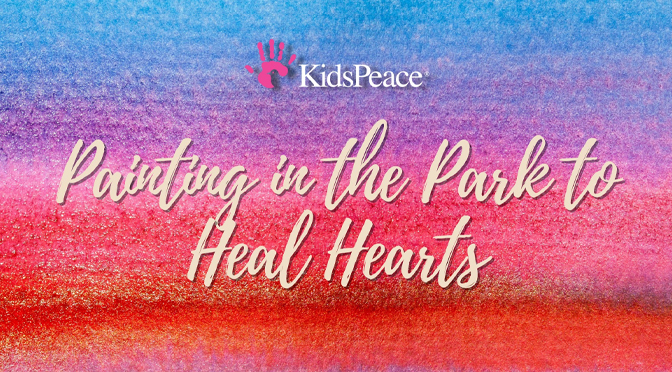