CHECK OUT THESE UPCOMING EVENTS!

Join us for a Launch Party!

This mind blowing spectacular showcases the jaw dropping talents of seven of the most incredible illusionists on earth. The Illusionists have shattered box office records across the globe and dazzle audiences of all ages with a powerful mix of the most outrageous and astonishing acts ever to be seen on stage. This non-stop show is packed with thrilling and sophisticated magic of unprecedented proportions.

Audiences will witness stunning acts of grand illusion, levitation, mind-reading, and disappearance. This group of world-class performers take their cue from the showmanship of the great illusionists of the past – such as Harry Houdini – and pair it with a new and updated contemporary aesthetic, whose sets and costume designs lend the genre a theatricality and artistry that has rarely been seen before. Collectively, these performers have been seen by millions of people around the world and this production showcases their incredible talents together on stage for the very first time.

The Anti-Conjuror ( aka Dan Sperry) Goes beyond the typical extravagant style and use of flashy costumes, combining the art of magic with the macabre to leave audiences in a state of shock and amazement.

The Manipulator (aka Yu Ho-Jin ) Through elegant manipulation and mystery, the artistic Yu Ho-Jin has the ability to turn anyone into a loyal fan, whether children and parents or his colleagues.

The Inventor (aka Kevin James) is one of today’s most ground breaking and innovative illusionists. He is an inventor, comedian and collector of the strange and unusual… He believes he has a responsibility to remind people of that state of awe and wonder they felt as a child. Whether he’s holding a rose or swinging a chain saw, anything is possible.

The Escapologist ( aka Andrew Basso) Explosives, water boxes, handcuffs, chains, padlocks, straightjackets, cars bursting into flames… his escapes place him within seconds of life and death and have audiences all over the world frozen in suspense and disbelief.

The Trickster ( aka Jeff Hobson) He’s the host and is the epitome of glamour and showmanship. He leaves audiences laughing long after the curtain goes down. Don’t be fooled by his innocent appearance. The Trickster will get you every time…

The Weapon Master (aka Ben Blaque) performs incredibly dangerous acts of dexterity using highly powerful crossbows to shoot various objects supported by his assistant. His acts are as thrilling and action-packed as they are entertaining and will leave every audience member on the edge of their seat.

After much anticipation, the Easton Public Market (EPM) will open its doors Friday April 15th at 325 Northampton Street! A program of the Greater Easton Development Partnership (GEDP), the 16,000 square foot market will feature an artisanal grocery, Farmstand and an array of contemporary dining options, including the Valley’s first Asian noodle bar. Offering the old world charm of a butcher, a baker and fish monger, alongside more modern delicacies such as craft beer, wood-fired pizza and Texas smoked BBQ, you’ll find yourself immersed in a multi sensory food experience – chocolate simmering, pies baking, and oysters shucked while you wait.

Following in the footsteps of Easton’s open-air farmers’ market, the EPM will also serve as a vibrant community gathering space, hosting a full slate of culinary events in the demonstration kitchen (sponsored by Easton Hospital) and local food programs in the Community Room. The market will offer everything from “Dinner and a Movie” events, to classes and workshops on topics like rolling sushi or raising honey bees. Kids can keep busy in the FreySmiles Kids’ Zone, an inspirational play space designed by the artists of Brick and Mortar Gallery. The Kitchen and Community Room are also available for rent for private events.

Debbie’s Pie in the Sky

Olive with a Twist

Scratch – “Beer, Bread and Pizza from the Ground Up”

Mark your calendars for Earth Day 2016! There will be lots of activities; such as electronics recycling, paper shredding and more! Also, the demo team from Lehigh Valley Martial Arts will be performing at 10:30AM and 12:00PM. Please plan on stopping by to check it out!!

Join us for the 2016 Lehigh Valley Autism Speaks Walk!

Registration for the walk is open and accesible by visiting http://www.autismspeakswalk.org/lehighvalley.

As you may have noticed, our Walk has a new name and a new logo!

More information will be added to this event.

Mark your calendars! On April 16, 2016 we are taking over the WHOLE Hotel Bethlehem for the 275th Anniversary Gala. The Gala is the kick off event to all of the 275th Anniversary festivities. Join us as we bring together our citizens and guests to honor our history and pay tribute to our future.

The Anniversary Gala will feature a delicious served dinner, open bar, live music and dancing. This event is black-tie optional. Ticket costs will fund the other festivities throughout the year. Purchase your ticket today for $175 per person and $300 per couple plus fees through Eventbrite.com. It promises to be a grand night filled with fun, entertainment and excitement.

For more information contact Emily Krall at emilyk@lehighvalleychamber.org or 484-280-3024.

Don’t stop believin’, Allentown. Legendary music artists JOURNEY and SANTANA will take the stage together in the Lehigh Valley at PPL Center on Saturday, April 16 at 7 p.m.

JOURNEY is one of the most popular American rock bands of all time, creating some of the best-known songs in modern music, with iconic hits such as “Faithfully,” “Any Way You Want It,” “Wheel In The Sky,” “Separate Ways,” “Only the Young,” “”Open Arms,” “Lovin, Touchin’, Squeezin’,” “Who’s Crying Now,” and the seminal “Don’t Stop Believin’,” which is the top-selling digital catalog track in history. Since its formation in 1973 in San Francisco, JOURNEY has sold more than 80 million albums worldwide, earning 19 Top 40 singles and 25 gold, platinum and multi-platinum albums, and has headlined multiple sold-out stadium tours. The Greatest Hits album is certified 15 times-Platinum, bringing JOURNEY into the elite club of Diamond-certified award holders. JOURNEY received a star on the Hollywood Walk of Fame, was inducted into the Hollywood Bowl Hall of Fame, and is the subject of the award-winning documentary, ‘Don’t Stop Believin’: Everyman’s Journey.’

Neal Schon (founding member and lead guitarist), Ross Valory (co-founder and bassist), and longtime members Jonathan Cain (keyboardist) and Arnel Pineda (lead singer), are welcoming virtuoso drummer Steve Smith back into JOURNEY, marking the first time he will perform with the band since 1998. Schon’s musical career began at the age of 15, when he debuted with Santana as a guitar prodigy on the No. 1 album, Santana III. Since Arnel Pineda joined JOURNEY as its new lead singer in 2007, the band has released two albums and embarked on seven major tours, performing on four continents for more than five million fans, earning the group Billboard’s prestigious “Legend of Live Award.”

2015 was another milestone year for JOURNEY, including a three week, sold-out residency at the Hard Rock Hotel in Las Vegas, Nevada; a sold-out Hollywood Bowl concert for the opening night of the Bowl’s 2015 Season, accompanied by the 120-piece Hollywood Bowl Orchestra; and an extensive, sold-out Canadian tour. JOURNEY recently announced its upcoming “SAN FRANCISCO FEST 2016” tour with The Doobie Brothers and special guest Dave Mason, which launches on Thursday, May 12, 2016 in Irvine, California and runs through Tuesday, August 30, 2016.

For forty years and as many albums later, Santana has sold more than 100 million records and reached more than 100 million fans at concerts worldwide. To date, Santana has won ten GRAMMY® Awards and three Latin GRAMMY® Awards. He won a record-tying nine GRAMMYs for a single project for 1999’s Supernatural (including Album of the Year and Record of the Year for “Smooth”) as well as three Latin GRAMMY’s. He has also received the Billboard Century Award (1996), was ushered into the Rock and Roll Hall of Fame (1998), received the Billboard Latin Music Awards’ Lifetime Achievement honor (2009), and was the recipient of the Kennedy Center Honors Award (2013). Among many other honors, Carlos Santana has been cited by Rolling Stone as #15 on their list of the “100 Greatest Guitarists of All Time.” And, with the 2014 release of Corazón, Santana surpassed the Rolling Stones and is one of only two music acts in Billboard history to score at least one Top Ten album for six consecutive decades from the 1960s on.

Inspired by Super Sundays past, Author Kalliopi Megali takes it back to Downtown Allentown for her first book signing with a fundraising celebration to follow. This two part event will begin at Moravian Book Shop’s Allentown location on Sunday April 17th from 2pm-4pm. Meet the author and get your signed copy of Rescued, Book 1 in The Evil Eye series. At 4pm, all are invited to The Hamilton Kitchen for food, drinks, music and a prize drawing benefiting Doctors Without Borders helping with the refugee crisis in Greece.

Every day, thousands of refugees are arriving on Greek shores. Most of the men, women and children are fleeing from bloodshed and destruction in Syria. A five year long civil war has forced them from their homes. They have suffered through dangerous terrane, extreme weather, overcrowding, abuse from human traffickers, and border police to get to Greece. Now, the countries north of Greece refuse to let the refugees cross their borders causing a bottleneck in Greece. With the EU’s austerity measures in Greece, the country is in desperate need of help from humanitarian organizations.

Thank you for all your support and can’t wait to see you all in Downtown Allentown!

Please join us as we honor our volunteers and celebrate downtown Allentown.

Join us for the premiere of the short film which JazzFest’s Filmmaker in Residence, Stephanie Gardner, created for AJF2016! A reception and food and drinks will follow. This event is FREE to the public.

CHECK OUT THE CALENDAR FOR MORE EVENTS IN THE LEHIGH VALLEY! 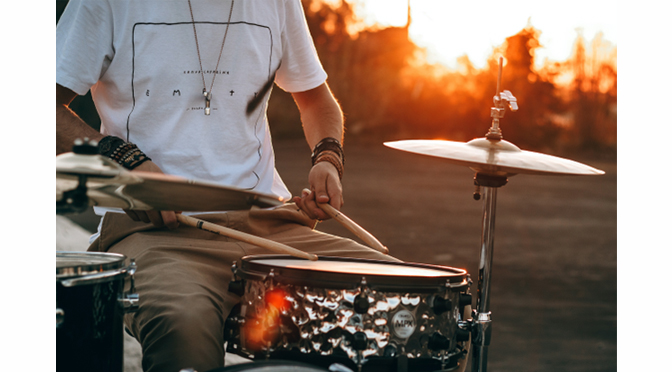 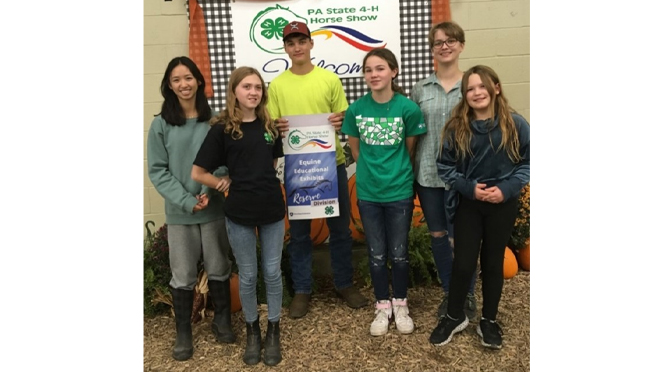 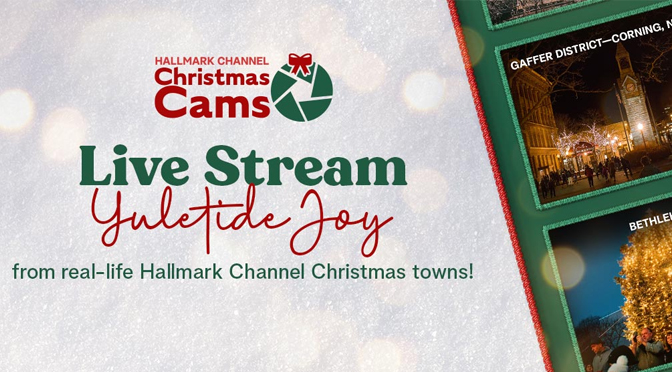 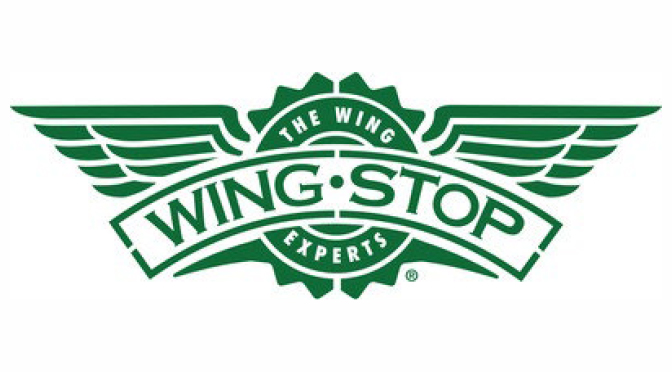 Why Democrats won, and what comes next – Op-Ed by state Rep. Mike Schlossberg

ALL IN Most Engaged Campus for Student Voting