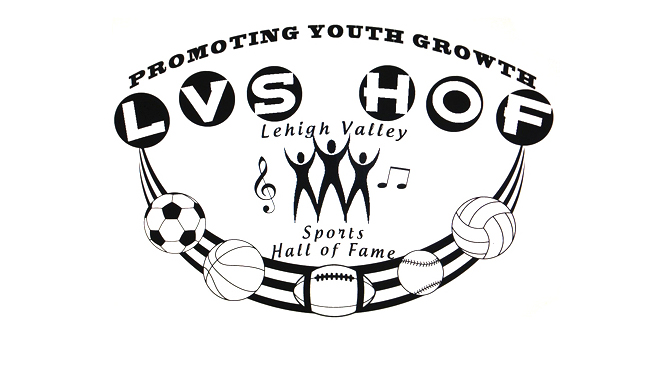 The college award winners announced were:

Darian Cruz, Lehigh University/Bethlehem Catholic High School, College Male Athlete of the Year; Darian was the 2016-2017 NCAA Wrestling Champion at 125 pounds. He is only a sophomore and is expected to defend his title next year.
Janae Matos, Moravian College, College Female Athlete of the Year; Janae was the 2017 Landmark Conference Player of the Year in softball as the Greyhounds’ captain and primary starting catcher this year. She also is a CoSIDA Academic All-District honoree and a candidate for Academic All-American. Janae is a junior.
Zac Edwards, Lebanon Valley College/Catasauqua High School, College Male Scholar Athlete of the Year; Zac was named to the MAC-Commonwealth Conference All Conference First Team as a second baseman and is also a CoSIDA Academic All-District honoree and a candidate for Academic All American after a stellar season in which he also won the MAC Conference batting title. Zac is a senior. This is Zac’s record third award from the LVSHOF. He was the 2013 High School Small School Male Scholar Athlete of the Year and the 2015 College Male Scholar Athlete of the Year.
Tiffany White, University of Rochester/William Allen High School, College Female Scholar Athlete of the Year; Tiffany played both field hockey and softball at UR; after winning All Conference Second Team honors in softball as a freshman and All-Conference and All Region honors last year in field hockey and winning a gold medal in field hockey in Scotland last spring, her senior field hockey season was cut short by a broken arm after only seven games last fall. She recently received her team’s Perseverance Award. She was previously inducted in the National Society of Collegiate Scholars, in addition to being named to every conference and national softball and field hockey academic squad for which she was eligible, and on May 20, she will be inducted into Phi Beta Kappa, the nation’s most prestigious collegiate academic honor society. Tiffany is a senior; she previously won this award in 2014 as a freshman.

Paul Reinhard, retired sportswriter at The Morning Call, is the 2017 recipient of the John Kunda Memorial Print Media Award.
Carlo Perugini, a senior at Liberty High School, is the 2017 recipient of the Perseverance Award after coming back from three ACL injuries to play again as a Senior.
Kurt Landes, President and General Manager of the Lehigh Valley IronPigs, is the recipient of the 2017 Debbie Stellar Memorial Community Service Award for his support of the community through various initiatives, including but not limited to the IronPigs Charities and youth camps.
These awards will be presented following the induction of two new classes of inductees for 2016 and 2017.
The new members to be inducted include former high school, college, recreational, semi-pro, and professional athletes, coaches, and others who were among the very best in their particular sport from the Lehigh Valley over the past 50 years. They are:

Billy Sheridan (deceased), legendary Lehigh University wrestling coach who led the then Engineers to a record 13 EIWA Wrestling titles in his 41 years on South Mountain; he was a charter inductee to the National Wrestling Hall of Fame.
Darryl Dawkins (deceased), known as Chocolate Thunder, former Philadelphia 76ers player and Valley Dawgs coach.
Jack Logic, former baseball player, longtime equipment manager, statistician, announcer and radio personality; he also is credited as the founder of the Easton Lions All Star Wrestling Classic, where he was chairman of the event for 25 years.
Doug Snyder, former William Allen HS basketball player and the last captain under legendary coach J. Milo Sewards and now coach, who just earned his 400th coaching victory this season in leading Allen to a 21-1 regular season record and a share of the Eastern Pennsylvania Conference regular season title.
Tony Stellar, founder of the Stellar “Catch A Rising Star” basketball showcase tournament, which has become one of the must see events of the summer in the Lehigh Valley.
Jim Booros, former nine-year veteran on the PGA tour, winner of the 1989 Deposit Guaranty Golf Classic, and the Head Golf Pro for nine seasons at the Allentown Municipal Golf Course.
Ed Stinner, longtime softball coach and instructor who led the William Allen High School softball team to their only state title and helped Parkland High School to several more; also ran the Carol Weil Memorial Scholarship Tournament at Allentown Patriots Park for many years.
Marty Nothstein, 3-time World Champion and Olympic gold and silver medal winner in cycling and currently the Executive Director of the Preferred Cycling Center in Upper Macungie Township.
Ed Christian, longtime East Stroudsburg High School football coach, who compiled a record of 257-157-3 in 36 seasons with the Cavaliers.
Tim Fisher, former 3-sport star at Liberty High School and long-time standout baseball player in the Blue Mountain League with the Bethlehem Cardinals.
Mario Andretti, the longtime race car driver and owner who is one of only two drivers in racing history to have won races in Formula One, IndyCar, World Sportscar Championship, and NASCAR; his wins include the Indy 500, the Daytona 500, and the Formula One World Championship.
This year’s event will begin at 5:30 p.m., with doors open for mingling, autographs, bidding on silent auction items, and purchase of raffle prizes, followed by a country style dinner at 6:30 p.m. The Induction Ceremony and Awards will begin at 7:00 p.m. Sportswriter Keith Groller of The Morning Call will emcee the event, and Service Electric Cable TV will be broadcasting the event live on SECTV-2 Sports.
The Lehigh Valley Sports Hall of Fame was founded in 2009 by Joe Zemba and Don Zangl, Directors Emeritus, as the Lehigh Valley Recreational Sports Hall of Fame to recognize recreational athletes who excelled in the Lehigh Valley. It was later renamed the Lehigh Valley Sports Hall of Fame and began to recognize high school, college, semi-pro, and professional athletes who also excelled while playing in the Lehigh Valley and beyond. It was reorganized and incorporated last year as the Lehigh Valley Sports Hall of Fame, Inc., with plans to become a chapter of the Pennsylvania Sports Hall of Fame.
The LVSHOF is run by an 11-member board of directors headed by Ed White of Allentown as Chairman, Joe Mayer of Easton as Vice Chairman, Mike Kuzy of Discover Lehigh Valley as Secretary, and Ron Spinner of Stroudsburg as Treasurer. The other board members are Angel “El Bravo” Cruz, Horatio “Ishky” Fatzinger, Alden “Red” Fetherman, Robert “Bobby” Shoemaker, Denton Lakatosh, Bill Reese, and Pete Heard. Attorney Joshua Daly of Hellertown is the Board Solicitor.

For more information, please contact LVSHOF Board Chairman Ed White at 610-739-3414 or via email at LVSportsHOF@gmail.com Information provided by:
Ed White
Chairman, Board of Directors
Lehigh Valley Sports Hall of Fame, Inc.