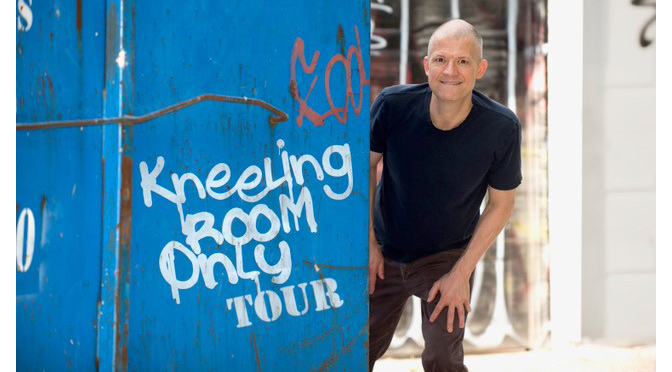 Comedian Jim Norton is coming to The Sands Bethlehem Event Center on December 1st , and he took some time to speak with The Valley Ledger.

Hi Jim, I have loved the work you do for years!

Jim– Oh thank you very much! I appreciate that.

It is exciting that you are coming to The Sands and everyone is so excited!

Jim– That’s a really fun gig! I’ve done that a few times and I always enjoy that gig! You always want to say that when you are doing a gig but that’s one I can say I do enjoy.

So tell us about the tour and what you are working on?

I have noticed though throughout the years that you have never really told the same material over and over again. I think that is why you have longevity.

Jim– Thank you very much. You have to give the audience their jokes. You have to! If I am going to come back to The Sands… If I am doing an hour, at least forty-five minutes of it better be new. I tried to have it all.

What do you most look forward to while you are on tour?

You have done a few films and your special “Mouthful of Shame” premiered on Netflix earlier this year. Will you be doing any films or specials soon?

Do you have anything special that you do before you go out on-stage?

Jim– Just find the exits and realize if it sucks I’ve got to get there quickly. So, that’s pretty much it! I map out the exits.

What does comedy mean to you?

Jim– For me it’s the best way to express myself. It is a way to get my opinion out there and affect other people. It means everything to me. Being funny is the most identifiable trait I’ve had. It is an excuse to say things you want to say. Comedy is a great excuse to stand in front of people and get noticed. Comedy is a great excuse to say things and people have to listen. They don’t have to like it and they don’t have to agree but they have to listen. It’s a dream job.

Amen, that is good advice!

Jim– Yes, be on-stage every night! That is important!

Did you have any professional inspirations in comedy?

Jim– Richard Pryor, George Carlin you know those are the two most common. Woody Allen as a stand-up. I know he married his stepdaughter, I knew he was my hero (Laughter on both ends.)

I cannot even imagine what George Carlin would say is he were here today? Everyone would be roasted.

Jim– It would be fun to watch what Carlin would say about today’s world. It would be really, really interesting.

You always talk about various topics and including some personal stuff. Is it difficult when you come up with material that you base on your real life?

I can relate! What would you like to say to the fans that will be at The Sands?

Jim– You know I appreciate them coming year after year. What I will say every year is I work very hard on the material. I hope you like it and I hope I don’t suck. That’s the most important thing and I really hope you like the material and I appreciate you coming year after year. I mean that and there is nothing that makes me feel better and more validated as a comedian than people who says, dude I saw you last year. That means that they liked it and they came back so I appreciate it. I never take it for granted.

One last thing I wanted to ask you as a writer. What did you learn the most from writing in comedy?

Jim– If it is writing for a book the most valuable thing is don’t be afraid to go in a different direction. Go wherever your creativity takes you. Don’t be afraid to make a left turn in the middle of a story because you might get something amazing out of it. As a stand-up I would say get to the point. Don’t dilly dally because the crowd gets annoyed. So I would say I learned different things in both different genres.

This was an amazing honor and I thank you for taking the time to talk with me. You are awesome Jim!

Jim– Thank you, well come up and say hello if you are there.

For more from Janel on The Valley Ledger Click Here