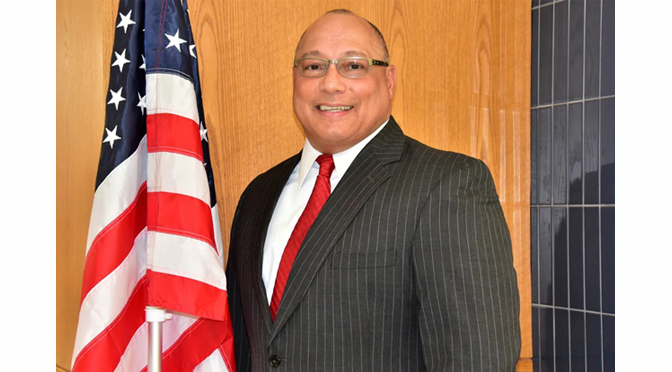 Scott made an early decision to devote his life to community service, primarily through protecting and serving. He entered the United States Army directly out of high school. Upon separation from the Army, he began his law enforcement career as a Corrections Officer at Lehigh County Prison. Scott then served as a City of Bethlehem Police Officer. During his career of more than twenty years in the police department, he moved up through the ranks, retiring as a detective sergeant in the investigations unit. While with the Bethlehem Police Department, Scott worked with diverse populations, serving at Liberty High School and East Hills Middle School as the resource officer and drug elimination officer with the Bethlehem Housing Authority. Scott implemented and hosted a block watch program in the Liberty High School area for concerned citizens.

While serving the City, Scott earned a bachelor of arts in criminal justice (DeSales University) and a master of science in criminology/criminal justice (St. Joseph’s University). Currently, Scott is enrolled in the master of education program at Temple University. As a way to give back to the community, Scott teaches at DeSales University and Lehigh Career and Technical Institute, where he seeks to promote a positive attitude among his students, while helping them focus on identifying and working towards future goals.

With Scott’s work ethic, experience, knowledge and qualifications he brings integrity, fairness, compassion, diversity, and impartiality to the bench. Scott will be fair-minded, reasonable, and prudent in service to his community as the Magisterial District Judge in Magisterial District Court 31-1-06 by working hard for all people, while respecting the Constitution of Pennsylvania as a community leader, not a politician.

“The safety and equality of the community and its residents have always been a priority to me,” Scott commented. “As your Magisterial District Judge, my experience and education will allow me to relate, interpret, and apply the law accordingly with common sense and fairness”. Scott is seeking the nomination for Magisterial District Court 31-1-06 in the Pennsylvania May Primary on May 18, 2021.