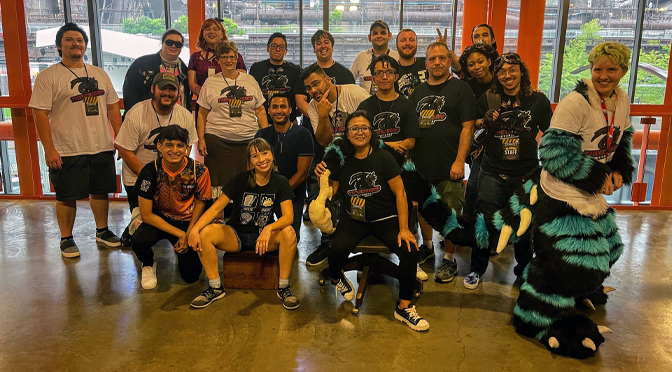 TheGeekGrid Studios, Lehigh Valley’s premier geek educational and content creation company and producers of the first state-wide Science, Technology, Engineering, Art & Maker (STEAM) and Video Game Festival known as S.T.E.A.M Fest, will be relocating to Orlando FL in June 2022.
Kat Mahoney, Owner & Executive Visionary Director says the move stems from a more passionate content creation community that Florida has. “The S.T.E.A.M, Film, and Electronic Entertainment industry in Florida is growing at a rapid pace and today’s graduates want to be in an industry that can provide careers and entertainment in those fields.” said Mahoney. “We want to be where the industry is flourishing and the community understands and respects what we do.”
TheGeekGrid Studios will be bringing their content creation, multimedia, gamification, and geek events, including their signature S.T.E.A.M Fest to the state of Florida where film, technology and electronic entertainment industry rank among the Top 3 in the United States. The move will enable TheGeekGrid Studios to maintain a closer connection to it’s focused community and provide steady growth in a more advanced area.
TheGeekGrid Studios specializes in multimedia production, content creation, film, streaming, broadcasting, digital art, and educational gamification. For more information about TheGeekGrid Studios or to connect with the company in Florida, visit www.thegeekgrid.com