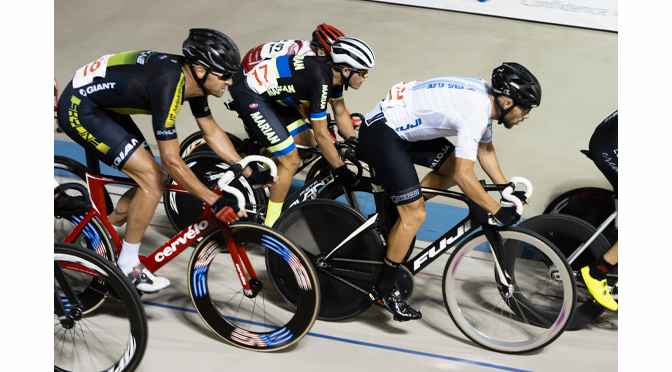 (BREINIGSVILLE, PENNSYLVANIA, May 24th, 2019) The historic 44thseason of international track racing at the legendary Trexlertown velodrome kicks off on May 31stand launches a season of racing unlike any other in recent memory.  With 18 nations and more than 135 riders taking to the famed ‘concrete crater’ the weekly racing will see the world’s top male and female competitors kicking off their quests for the valuable international qualifying points needed to qualify for the 2020 Olympic games in Tokyo.

In what is setting up to be a battle of local Olympic hopefuls looking for strong rides on their home track and USA National Team riders taking on strong foreign teams from the track racing power house nations of Australia, New Zealand, Great Britain, France and Canada among others, local racing fans will be treated to a preview of the upcoming Olympic matchups.

In the men’s field, multi-time World Champion, Francois Pervis makes his first return to Trexlertown since his silver medal winning ride in the Junior World Championships in 2001.  Joining him on the track this summer is a multi-time T-Town competitor and former World Champion and Olympic Medalist, Shane Perkins.  Perkins who currently represents Russia formerly competed under the Australian flag.

Making his VPCC debut, British star and two-time Gold Medalist, Philip Hindes headlines the Great Britain contingent and will surely factor into all the Sprint events.

Riding for the US National Team Ashton Lambie, famous for converting from gravel racing to the track, his mustache and his world-record setting ride in the Individual Pursuit, will take on the endurance events alongside his compatriots Colby Lange, Daniel Holloway, Gavin Hoover, Eric Young, Adrian Hegvary, Greg Daniel and local hero Shane Kline.

Tickets are on sale now (https://thevelodrome.com/tickets/) and fans are encouraged to come early to enjoy great food from the A-Treat Café and happy hour prices on a fantastic selection of local and craft brews from The Handle Bar.  Reserved Finish Line seating, General Admission tickets and tables at the Funk VeloDeck are available for the season or for individual race nights.

For more than 40 years, track cyclists from around the region, the United States and the World have taken to the concrete surface of the legendary Valley Preferred Cycling Center. Our programs have developed Olympians and World Champions. A registered 501c3 non-profit organization and a USA Cycling Center of Excellence, The Velodrome operates long-standing youth and development programs that are central to our commitment to the sport of cycling and healthy lifestyles. These programs have thrived for decades and are engrained in the local culture, ensuring that T-Town creates top level athletes and lifelong cyclists -now and for years to come. Learn more at TheVelodrome.com