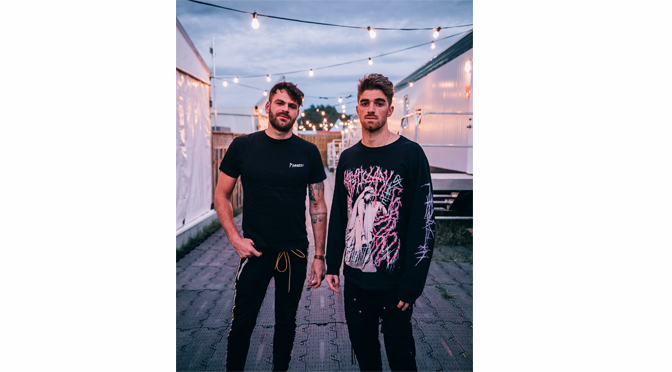 Known for their all-star roster of collaborations, The Chainsmokers have evolved into a dominating musical force with a diverse repertoire of songs that have led the duo to become one of music’s hottest recording artists.  Comprised of Alex Pall and Drew Taggart, the duo offers a signature sound that deftly reaches across indie, progressive and pop realms. In 2016, the group catapulted to worldwide stardom with three certified multi-platinum hits.

“Roses,” featuring Rozes, from their Gold certified debut EP “Bouquet,” was a four-time platinum smash that shot to number one on Billboard’s Top Dance & Electronic Albums chart.  “Don’t Let Me Down” featuring Daya, from the duo’s Platinum selling second EP “Collage,” was a Top 5 Billboard Hot 100 hit. The duo later won the “Best Dance Recording” GRAMMY for the track at the 2017 GRAMMY Awards. “Closer,” featuring Halsey, was also included on the “Collage EP” and became the longest running number one single of 2016 on the Billboard Hot 100 chart.

In 2017, The Chainsmokers released their first full-length album, “Memories…Do Not Open,” which included hits like “Something Just Like This” and “Paris” and debuted at number one on the Billboard 200 chart. The latest releases from the duo include “This Feeling,” featuring Kelsea Ballerini, and “Save Yourself,” a collaboration with dance music tastemaker NGHTMRE, as well as the “Sick Boy…Side Effects EP” featuring “Sick Boy,” “You Owe Me,” “Side Effects,” “Everybody Hates Me” and “Somebody.”

The Chainsmokers concert is supported by The Bayou Boys, in association with media partner B104. One of the largest music festivals in the nation, Musikfest features more than 500 performances on 16 stages throughout Bethlehem over 10 days. Proceeds from Musikfest support ArtsQuest’s free programming for the community year-round at the Banana Factory arts center and the SteelStacks arts and cultural campus. Dates for the 36th edition of the festival are Aug. 2-11.