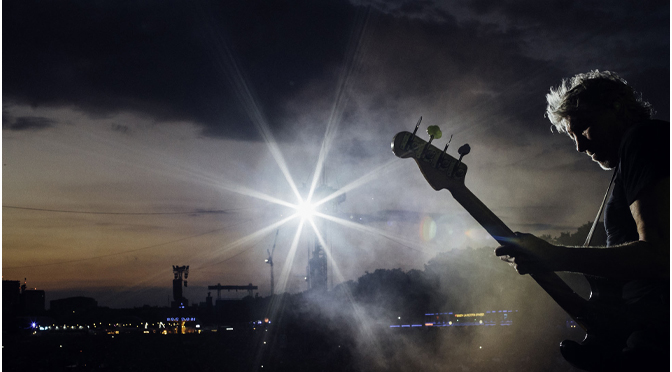 Featured Image: A still from Roger Waters’ ‘Us + Them’

Tickets for Roger Waters ‘Us + Them’ film on sale July 17

BETHLEHEM, PA–Roger Waters, co-founder and driving force behind Pink Floyd, will hit theaters this fall with a concert film featuring footage from his iconic ‘Us + Them’ tour. Roger Waters ‘Us + Them’ screens in Frank Banko Alehouse Cinemas at SteelStacks Oct. 2, 7:15 p.m., with an encore screening on Oct. 6, 6:30 p.m.

During the 2017/2018 tour, Waters played a total of 156 shows to 2.3 million fans across the globe from North America to Australia. The tour featured songs from Pink Floyd’s greatest albums- The Dark Side of the Moon, The Wall, Animals and Wish You Were Here, in addition to songs from his solo album Is This The Life We Really Want?

Co-directed by Waters and Sean Evans, the film is comprised of the four nights Waters and his band played at Amsterdam’s Ziggo Dome in June 2018. Evans and Waters previously co-directed a 2014 concert film of Waters’ The Wall tour. The film will also showcase the “state-of-the-art visual production and breath-taking sound” from the tour. Waters’ Manager Mark Fenwick said, “Roger has been the innovator of theater in arena and stadium rock & roll since the early ’70s. He is legendary for pushing the boundaries of surround sound and visual entertainment with his message of love and humanity through Us + Them.”

Frank Banko Alehouse Cinemas are located in the ArtsQuest Center at SteelStacks at 101 Founders Way in Bethlehem, PA. For more information visit www.steelstacks.org.